ISO – in the swamp

Oxebridge try to make ISO 9001 workable and would like to save it.  The ISO management standards are inadequate, a fraud and facilitate corruption.  We say, let them die.

Oxebridge have a sense of humour that’s unusual in those having to deal with the ISO. 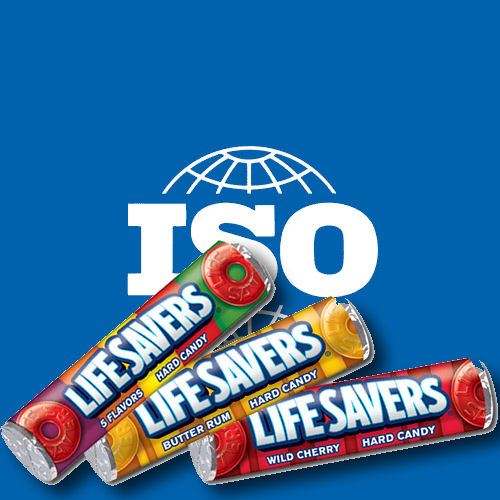 ISO knows it can’t sue when its logo is used for purposes of editorial parody, but we still expect Wrigley candy company to sue for having their brand tainted by proximity to ISO.

More helpfully, they give a sample list of major scandals that ISO certification has been implicated in.

The problems facing the ISO 9001 and AS9100 certification schemes are many, and complicated. While auditing bodies and standards developers deny such problems, the evidence is irrefutable: ISO 9001 is not providing confidence in the quality of companies that adopt it, and the both the certification scheme and standards development process is dominated by a handful of private consultants who use their positions to enrich themselves. ISO’s customers – the users of ISO 9001 – have little to no say in developing the content of the standard, nor in how certifications are issued and accredited. The CBs and their oversight Accreditation Bodies have abdicated their duties in enforcing the rules, and allow routine bad behavior, the most egregious of which is overt consulting by certification auditors. After Enron, the finance world learned of the problems this arrangement poses, and took action; in the ISO certification arena, those lessons are being ignored or fought outright, even as similar scandals loom on the horizon.

In the United States, Oxebridge estimates the ISO 9001 industry in the United States to be between $1.5 to $2 billion dollars annually, much of which is flowed down to consumers and taxpayers. This does not include lost productivity and expenses associated with implementation and audit support efforts. In addition, the impact on a poorly run ISO certification industry has a direct impact on the public health and safety. We have since learned that the companies involved in the Takata airbag scandal and the DeepWater Horizon oil spill were certified by accredited ISO 9001 certification bodies. Likewise, well-publicized fiascoes related to the production of the F-35 Joint Strike Fighter, the doomed Shuttle Columbia, the 787 Dreamliner battery fires, the PIP breast implant scandal and the Volkswagen/Bosch emissions defeat scandal involved ISO certified supply chain actors.

Within the US, a single entity holds sway over both standards development and the certification scheme: the American National Standards Institute (ANSI).Yet for the past few years, ANSI representatives and executive management have ignored or resisted outright all calls for improvement, reform or even informal internal introspection. In short, they deny there are any problems. As an entity that derives revenue from the sale of standards and through certification activities, this is not unexpected.

In 2012, the CEO of ANSI – Joe Bhatia – testified before the US Congress, and promised the Federal government that all was well regarding ANSI, the ISO 9001 development process, and the ISO certification scheme. The testimony included statements that have since been proven to be untrue, and were likely untrue when the testimony was given.

Given the impact of the failures of ISO 9001, it is imperative that the Congress and American people have equal access to true and current information, including the dangers and costs the current system presents, as well as ANSI’s failures to adhere to its responsibilities. Congress must then take suitable steps to demand explanations from ANSI, and – if it deems it appropriate – investigate thoroughly. The goal should be to restore the trust in third party ISO 9001 certifications, and the standard itself, for the purposes of reducing waste and fraud, and reducing the risks to public health and safety…

Make sure you click through and read the testimony of ANSI’s CEO .

“If a legal case can be made that Bhatia misled the government, then it could be argued that both ANSI and ANAB are involved in a literal conspiracy to defraud the United States government.“

Are things any better with BSI, UKAS and other cartel members who lobby politicians outside the USA?