Posted on February 4, 2012 by ISOwatcher

In this essay, The Crucial Pillar of the New World Order, Gary North provides an excellent summary of the historical power struggle between freedom and bureaucracy.

The theme is controlling the populace by steering educational accreditation.  It does not extend to accreditation of ISO social control standards.  You’re one step ahead.  Make the connections beyond education.

“,,,This agenda is clear: political power. Its confession is clear: “Collective man is the measure of all things.” It has this corollary: “It is a moral imperative for those who know what is really best for others to get access to badges and guns and use them for a higher purpose.”

“The mortal enemies of the superclass are those people who have a seven-word offer: “I can sell it to you cheaper.” Jews and Armenians have been saying this for a thousand years. Scots and Dutchmen have been saying it for 300 years. Now Asians are saying it.

“This is the soft underbelly of the superclass. This is why, in the immortal words of Mr. T, It’s going down.”

ISOwatch is the principal free market delivery of non-accredited education about the inspection cartel.  It needs others to investigate and report on aspects of the scam in the areas of their expertise.  Publish them yourselves; journals, blogs, videos.  Or send them here via the comment box at the foot of this post.

Free markets are being transformed into corporatist markets.  The left wing/right wing divide has not been applicable for some time, but most have yet to catch on.  It’s been many years since politicians found they could abandon all loyalty to their election principles.  Any lie will do as long as it brings power and wealth.

Massive, failed “free market” corporations, bureaucracies, and cartels continue their bloodsucking because their friends in government prevent the market from destroying them and opening the marketplace to new competitors.  The revolving doors between governments, boardrooms and lobbying companies suit everyone inside these. Corporatism is not capitalism.  Failure is not an option, so it’s not a free market.  It’s not really socialism either.

Before staff understand accreditation, they’ve had their suspicions.  Once the record-keeping regime is clearer, they complain about it because, they realise it’s daft.  Gaining the certificate confirms accreditation’s invalidity – because staff know what really goes on. 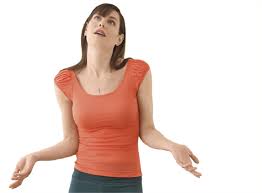 Even in dying organisations where staff have been cut, quality is poor, morale is extinct, and no training is taking place, management can prepare lovely web pages boasting about ISO-inspired accreditation schemes like Investors In People that require tick-box evidence:  Say what you do and we’ll check that you do what you say.

Some staff don’t complain.  They believe that this much work must be worthwhile.  It’s not.   Bosses are out of touch with the work needed to fulfill the requirements.  They conduct a fashionable professional ritual of waste-creation because their professional body or the government demand it.

They like accreditation because it puts out of business smaller competitors.  In the early days they hope it will help them survive.  When it doesn’t, they are forgotten.

Acccreditation feeds the agenda to create large corporations that are “too big to fail” i.e. unaccountable.  The legally-controlled inspection cartel logo can substitute for true quality while the quality customers expect is destroyed.

If this sounds like make-believe, ask a few insiders.

In education, the Blair government established the National College for School Leadership to eliminate original thinking among school principals and enable their tight control by central government.  This is an important element in the damaging Command and Control regime that has not been dismantled by the LibCon coalition.

Since 2009 candidates for school principal posts must regurgitate what the Professional Qualification for Headship taught them to gain these positions of leadership.  This ensures it is the government which prepared the PQH curriculum that maintains the rituals of pseudo-scientific assessment of children, declining academic standards, and other Blairite dogmas.  One big, tightly-controlled sector with no competition that isn’t endorsed by the government.  Hence the profusion of accreditation schemes and silly logos.

Corporatisation is obscuring the true price of many things.  The taxpayer seems endlessly willing to bail out the criminal and incompetent.  Profit is privatised to the superclass. Losses are socialised and added to the debt of the populace.  See?

Price competition from Asia is being damaged by the Department for Innovation, Business and Skills’ (BIS) hard sell of accreditation to Asian countries.  BIS tells China it must have ISO accreditation to sell into Europe.  Raising its prices.  Now consider this:  China loves the union flag on British hi-fi.  It looks to no other accreditation mark than a respected brand name.  Britons like the British brand names too, and don’t mind them being made in China.  But many remain rightly suspicious of unfamiliar brands. What consumer is looking for certification to give them the confidence to buy?  ISO quality accreditation is irrelevant to the consumer and only raises prices as manufacturers fall victim to this parasitic label.

In the developed world many are getting wise to the con.  Accreditation  grows by EC directive; where the market is free of this corruption, accreditation is being rejected because it is a fiction.