Posted on December 5, 2011 by ISOwatcher

So the unions’ day of action was a damp squib, out of touch with modern times.

Why did journalists start reporting “gold-plated” pensions for public sector workers?  Is it because the editors and syndicated columnists invested in houses that “can only go up” instead of pensions? 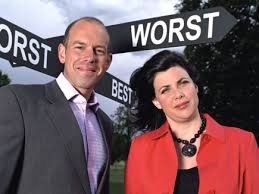 My property is my pension

Is it because journalists have failed to fully investigate the sources of the leftfield, divide-and-conquer attack on pensions?  Is this to divert attention from the coalition government’s somewhat excusable inability to repair the damage done by the previous administration, which was historically unprecedented?

Even Kirstie has had to change direction to keep the money flowing in. 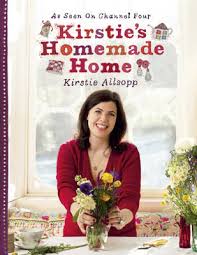 My flowers are my pension

Actually, the BBC have provided a rather good summary on this tricky pension comparison here.  Do read it.

Is contributing to a pension just another tax on responsbility that will be used to fund pension credits for the vast majority of the population that made no pension provision at all?

It’s true, few thought about where the money was going.  Only a few suspected early on that the pension Ponzi could not work.  The government earmarked contributions for pensions then used it for something else.  Bureaucracy, wars, equality, who knows?  Workers have honestly sacrificed money to these schemes throughout their careers.  These people had no intention of the taxpayer funding their retirement, though perhaps governments did.  Even the non-contributory Civil Service pension has funding diverted from annual pay agreements into the pension fund.

Some private pensions were once equivalent, but Gordon Brown looted the tax credit from investment funds.  The stock market is grounded on deceptions that favour governments and insiders.  The investment funds also paid their managers a handsome percentage of the fund’s lifetime value, disguised as a modest annual charge. And directors transferred equity from the companies they raided into their own pay.  It’s too complicated to explain here.

Who has strategised the attack on private and now public sector pensions?  The unions blame the Taxpayers’ Alliance.  Is it those directors who will again be able to raid public assets for their personal benefit?

Are the proposed pension reforms are a mechanism to cause the collapse of the pension scheme?  Potential members may calculate they would be better off spending their contributions now and in old age relying on benefits.  Lord Hutton can’t guarantee his proposals will work.  To continue paying the government for a questionable promise is quite a gamble.

Why not attack the hideously-complex, equality-inspired Agenda For Change? Or the unaffordable New Consultant Contract and its job planning?  It consumed the funds earmarked for AfC.  This left hospitals struggling to pay rates that the Blair government had promised would be funded centrally, and Consultants subject to the intrusive, wasteful, command and control micro-management that spread through services under the Blair regime.

Could the reason be that the Fair Deal pension commitment is the last barrier to the wholesale privatisation of the NHS?

Government has consulted with scheme members but has only recently negotiated.

Now Mark Easton reports on the John Lewis model for NHS management, but:

“When “ownership” of state services has been handed over to hundreds of co-operatives, it becomes less obvious where responsibility for the quality of those services will rest….”

This could lead to more crippling accreditation in the name of assuring quality.

“However, any co-op-style business plan must save money and the employees are unlikely to see any significant improvement in pay or conditions as a result. In fact, they may find themselves landed with a whole range of legal obligations and facing a maze of bureaucratic obstacles.”

Remember: the John Lewis NHS is an idea of Professor Julian Le Grand.  Once he advised Tony.  Now David has employed him to continue producing big ideas for the Big Society.  That’s change we can’t believe in.

But lower down the hierarchy, perpetual change has long been used to conceal the failures of the previous change for which some got promoted.  The policy is central to NHS management.  It is manufactured that way, not market-led.

The sale of council houses once seemed like a good idea to promote personal responsibility.  The end results was a well-qualified generation that will never be able to afford a house.

Pension default will have a similar effect.  When pension contributions have been stolen, money will have to be paid in benefits that will come from taxes.

Will there be a revolution?  How much longer can The X Factor keep the lid on things?