Climategate II – it’s not over yet

Irrefutable evidence of global warming (and why has no-one asked for this regarding accreditation?) has again been shown to be fictional.  The University of East Anglia has had its day in the sun.  This time it’s Berkeley University, California.   The Berkeley Earth Surface Temperatures project team (BEST) claimed to have evidence that silenced critics. Journalists repeated this without criticism (do you see how this works?)

But Prof Judith Curry, who chairs the Department of Earth and Atmospheric Sciences at Georgia Institute of Technology, has drawn attention to the absence of scientific evidence in BEST’s work.

And the scam could have been so lucrative for those trading carbon credit derivatives…  In fact it still retains the inertia of a massive, unyielding iceberg in the government and public imagination.  So much policy planning and taxation rest upon it.

Why was an ISO inspection body not validating these important measurements?  Then we could have had “confidence” in them.  Or was it….?    Was the science so sloppy the academics never paid the cartel to accredit their measurements?  Or was the inspection body savvy enough to know the poor science involved in global warming and to stay clear?

Today I’m feeling as lazy as a journalist.  I’m resting.  I haven’t checked. 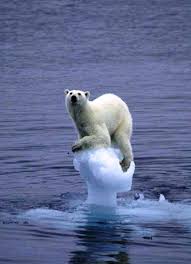 3 Responses to Climategate II – it’s not over yet