Citizens have long accepted that the state holds a legal monopoly on the issuing of money.

It has long been known that debased money drives more valuable money out of circulation to be hoarded for the day when the officially-counterfeited money destroys itself.  History shows that fiat money not backed by the gold standard eventually destroys itself.

The proposed US Free Competition in Currency Act of 2011 would again allow privately issued currencies to compete.  Consumers themselves would then be free to attribute value to currencies, as they do with other products.  The monopoly of government and banksters would end.  Their cycles of depression and unemployment, which many accept as natural rather than a consequence of market manipulation, would cease.  Money would again be denationalised.

The quality cartel acts like the central banking cartel in setting a single artificial standard that all must live by.  As with fiat money, the ISO management standards have been made to stand as a substitute gold standard.  The accreditation certificate is a substitute that stands in place of a great product or service.  The gold standard of management is what consumers freely chose to buy; not the product the cartel has to sell.  Excellent management can be done in a number of ways.  The best products are often produced without ISO accreditation. 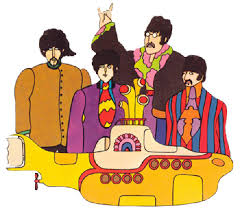 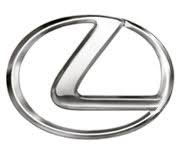 Many are still produced in spite of it.

Brands are quality certificates without the need for words.  The goods are inspected by the customer who provides lifetime audit reports – that are not “just a sampling exercise” – to their friends.

Professionals should be freed to chose the management methods they think are suitable. The consumers they attempting to serve will validate their efforts in the real world with continual inspections that are much more valid than audits.  That way users can obtain the service they want at a suitable price without having all their potential choices made expensive and inefficient by artificial standards.

The cartel doesn’t want customers to validate the products they buy.  The cartel wants to keep inspection for a professional class of inspectors that it controls and who secure its existence. 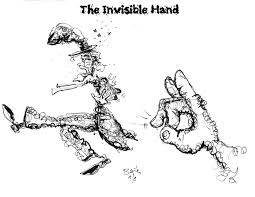 Hint:  Have you ever sent split samples to different labs and compared the results?

Can accredited management destroy its host company unaided or will a failed physicist bankster have to invent ways to derivatise accreditation first?

That probably won’t be necessary.

“Ron Paul, Upping the Ante in His Campaign for Liberty, Hoists the Flag of Hayek – Offers a Bill To Allow Free Competition in Currencies

The first time I met Friedrich Hayek was in 1980 at California, where he was staying at the home of another economist. Then a young editor for the Wall Street Journal, I’d asked to call on the Nobel laureate for a book review I was writing. His host invited me for dinner. Before the meal, Hayek and I retreated, alone, to the far end of the host’s living room, for a chat.

We were but a few minutes into our conversation when, suddenly, Hayek clapped a hand over his nose and mouth and started coughing convulsively, before slumping onto the couch. I raced back to the host to exclaim that Professor Hayek seemed to be in trouble, only to be told that it was okay, he was just taking his snuff. A jolt of the divine herb, it seems, and the sage was back on his feet.

Hayek died 12 years later at the age of 93. I never came to know him well. But this week I found myself imagining that were his long-ago collapse-into-a-coughing fit to occur in front of me today, I’d whip out a copy of a new bill in Congress, H.R. 1098, called the Free Competition in Currency Act of 2011, and wave that under the great economist’s nose. It’s hard to think of anything, even a pinch of the strongest snuff, being a greater pick-me-up for his spirits.

For Hayek was an advocate of, among other things, private money — competing currencies — and HR 1098 would end a ban on them that has obtained here in America since the Civil War. The new bill in Congress, introduced in March by Rep. Ron Paul, would repeal the legal tender laws, prohibit taxation of certain coins and bullion, and clean up other sections of our coinage laws.

It is not a measure the Congress is going to pass in a hurry. But it is being nursed by advocates of monetary reform, and it would be unwise to discount it entirely. Few, after all, gave Congressman Paul much of a chance to win passage of a measure to audit the Federal Reserve, but when it eventually passed it was with an overwhelming, bipartisan vote. It may yet be enforced by the courts.

The Free Competition in Currency Act is far more important. It comes amid a historic collapse in the value of the dollar to less than a 1,600th of an ounce of gold. The dollar has gained a bit of value in recent days, but it is still worth less than a sixth of what it was worth as recently as, say, the start of President George W. Bush’s first term.

One of the things the government has done in the face of that collapse is seek to enforce a prohibition against private “uttering” — that is, putting into use — of coins of gold, silver, or other metal as current money and making or even possessing likenesses of such coins. H.R. 1098 would end the ban on private uttering of coins and, presumably, stop any current prosecution of such uttering.

The drive for the bill is animated, if only in part, by the case of Bernard von NotHaus, who was convicted in March of issuing a private medallion called the Liberty Dollar. The government prosecuted von NotHaus even though the coins he issued were made of silver and are today worth much more, in terms of Federal Reserve Notes, than when they were issued.

What the government is doing in the Von NotHaus case is seeking to suppress sound money in order to protect the unsound, fiat money the government has been issuing via the Fed. A federal judge in North Carolina has agreed to consider post-conviction motions to throw out the von NotHaus verdict, partly on the argument that the Constitution does not enumerate a power of Congress to outlaw privately-minted coins, which were widely produced in America’s early decades.

H.R. 1098 would go way beyond the Von NotHaus case, by asserting the virtue of the idea of private money as a system. The idea was sprung by Hayek not long after he won his Nobel Prize, in the mid-1970s. He started with a lecture. He later wrote, in a slim volume called “Denationalization of Money,” that he’d been in “despair about the hopelessness of finding a politically feasible solution to what is technically the simplest possible problem, namely to stop inflation.”

“The further pursuit of the suggestion that government should be deprived of its monopoly of the issue of money opened the most fascinating theoretical vistas and showed the possibility of arrangements which have never been considered,” he wrote. He came to the view that a plethora of privately issued money would enable mankind’s millions to find their own mediums of exchange, and good money would end up driving out bad.

Hayek concluded “Denationalization of Money” by calling for what he termed “a Free Money Movement comparable to the Free Trade Movement of the 19th century.” He came to the view that the gold standard was not the solution, though it was “the only tolerably safe system” if the management of money were going to be the preserve of the government.

The Free Competition in Currency Act got an early hearing in Congress this month in the House Subcommittee on Monetary Policy. The hearing wasn’t widely attended, but there was testimony by the president of the Foundation for the Advancement of Monetary Education, Lawrence Parks, and by a professor at George Mason University, Lawrence White, who talked about how FedEx and UPS’s private competition with the Post Office has brought benefits to American consumers. He extended the analogy to money.

It’s too bad Hayek couldn’t have been at the hearings. He viewed the denationalization of money as the “cure” for “recurrent waves of depression and unemployment that have been represented as an inherent and deadly defect of capitalism.” In other words, as a cure for ills like the current crisis. How Hayek, who once called for a global debate on socialism versus capitalism, would have thrilled to the moment, pausing only for the occasional pinch of his favorite snuff.”